Wellcome to Backroads of Slovenia 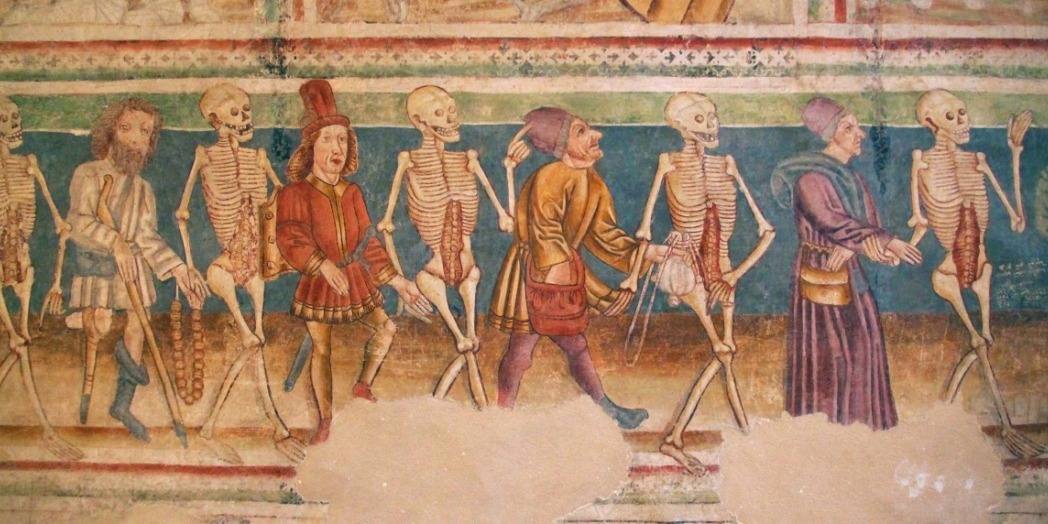 Church of the Holy Trinity in Hrastovlje

On the edge of village Hrastovlje, among vineyards and olive trees you will spot a stone wall above which a bell tower of the church of the Holy Trinity peeks. The church was built in the 15th century and the wall with two defence towers (for protection against Turk invaders) were built about 100 years after. The architecture of the church is very interesting - both walls and roof are made of stone. The church itself is quite small, but it boasts with the greatest and best preserved frescoes in Slovenia. The painter 'John of Kastav' painted the entire interior (walls, arches and ceilings) with his team and completed his work in 1490. Frescoes are of earthly colors, motifs mainly religious and they show apostles, Coronation of Mary, Three Holy Kings, Stations of the Cross, the creation of Earth but the most famous fresco is certainly the “Dance of the Dead”. Frescoe “Dance of the Dead” is a parade of various people from the society, who march together with skeletons towards death. The motif supposedly originates from the epidemics of plague and conveys that death does not choose between the rich and the poor, the young or the old. 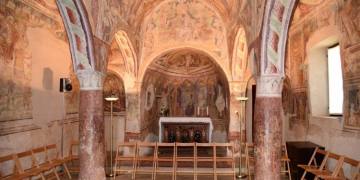 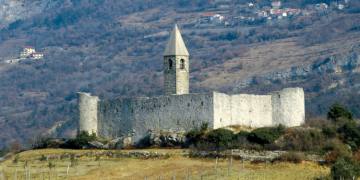 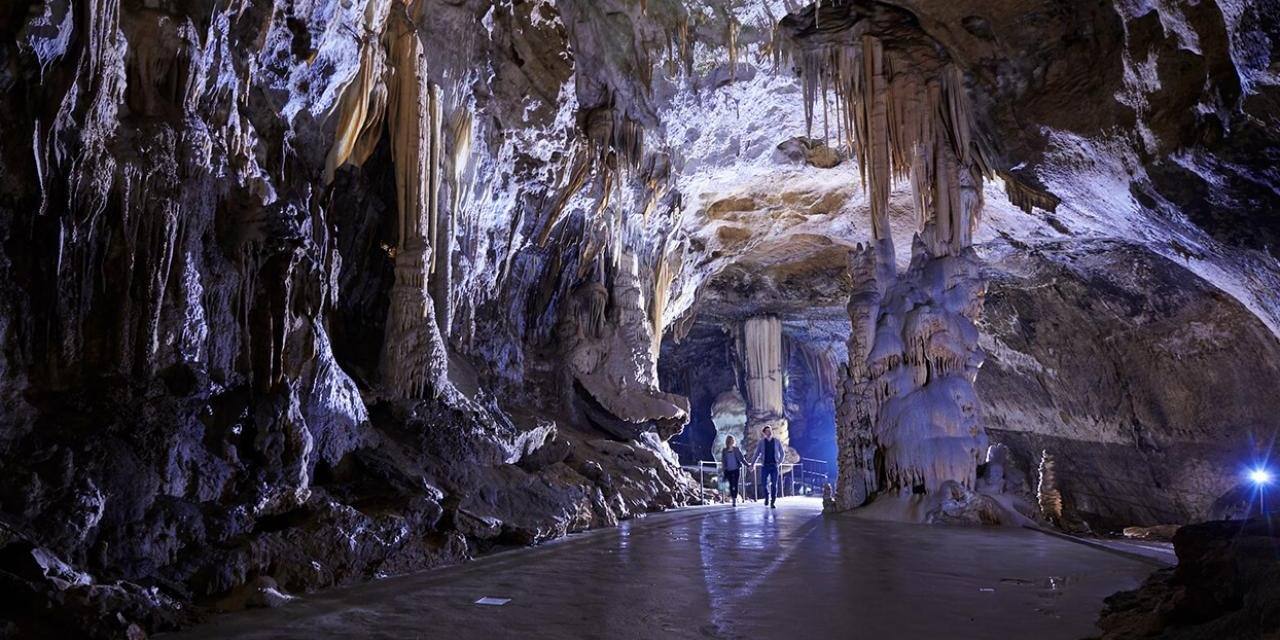 Postojna cave is the world's most captivating cave with magnificent cave formations and diverse fauna. Take an unforgettable ride on Postojna Cave underground train and experience a fascinating subterranean paradise shaped by tiny droplets over millions of years. 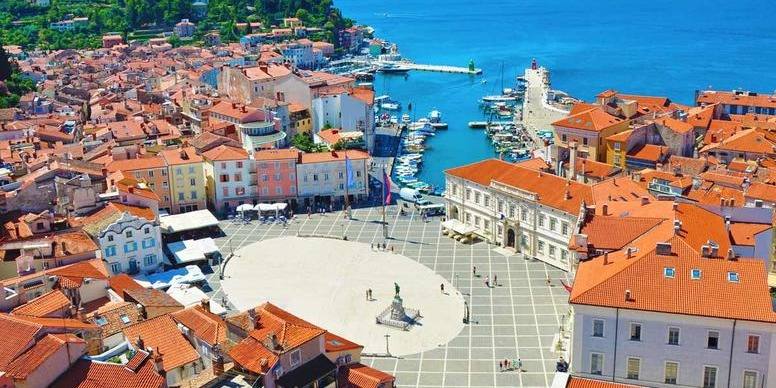 One of the loveliest towns anywhere along the Adriatic Coast, picturesque Piran sits prettily at the tip of a narrow peninsula. Its Old Town, one of the best preserved historical towns anywhere in the Slovenian Mediterranean – is a gem of Venetian Gothic architecture. It’s hard not to fall instantly in love with the atmospheric winding alleyways, the sunsets and the seafood restaurants.

Church of the Holy Trinity in Hrastovlje

On the edge of village Hrastovlje, among vineyards and olive trees you will spot a stone wall above which a bell tower of the church of the Holy Trinity peeks. The church was built in the 15th century and is famous for the fresco "Dance of the Dead”. It is a parade of various people from the society, who march together with skeletons towards death.

Kranjska Gora is a pretty alpine village with a wide range of restaurants, shops, bars, spas, pools and other amenities within easy reach. Kranjska Gora is also Slovenia's most famous mountain resort, partly due to hosting annual ski jumping at the world's highest jumping centre at Planica, and World Cup skiing on the Podkoren slopes.

Yes, it's every bit as lovely in real life. With its bluish-green lake, picture-postcard church on an islet, a medieval castle clinging to a rocky cliff and some of the highest peaks of the Julian Alps and the Karavanke as backdrops, Bled is Slovenia's most popular resort, drawing everyone from honeymooners lured by the over-the-top romantic setting to backpackers, who come for the hiking, biking, watersports and canyoning possibilities. Source: www.lonelyplanet.com

Many visitors to Slovenia say they’ve never seen a more beautiful lake than Bled…that is, until they’ve seen the blue-green waters of Lake Bohinj, 26km to the southwest. Admittedly, Bohinj lacks Bled’s glamour, but it’s less crowded and in many ways more authentic. People come primarily to chill out or to swim in the crystal-clear water, with leisurely cycling and walking trails to occupy them as well as outdoor pursuits like kayaking, hiking and horse riding. Source: www. lonelyplanet.com